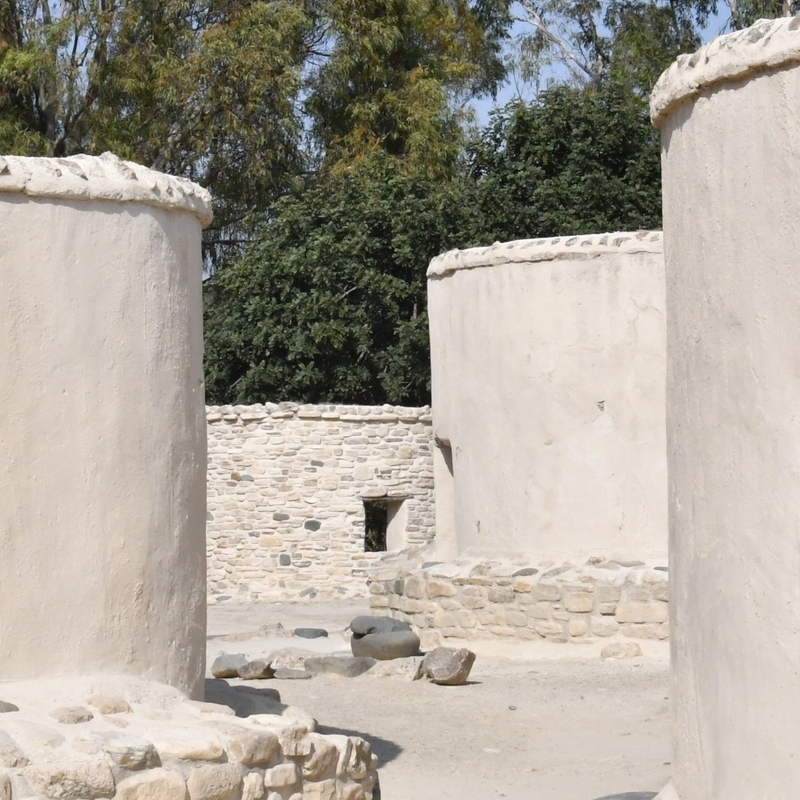 Choirokoitia is one of the most important Neolithic settlements in the world. The ruins here, consisting mainly of the foundations of circular houses and tombs all ringed by a defensive wall, have been dated back to roughly 6,800-5,250 BC. Archaeological excavations here have discovered that each house in the settlement had a flattened earth floor, raised platforms at the edges for sleeping, a fireplace, and a central pole to support the roof. The houses were built close together and linked by narrow passageways across the hillside. The site has four main areas. The first area contains significant remains of house foundations including a larger house up to nine meters in diameter. The second area, farther up the road, has houses B and C, where archaeologists unearthed numerous burial plots. Most of the finds can be seen in the Cyprus Museum in Nicosia.